Need a speech? Our new speechwriting unit has you covered 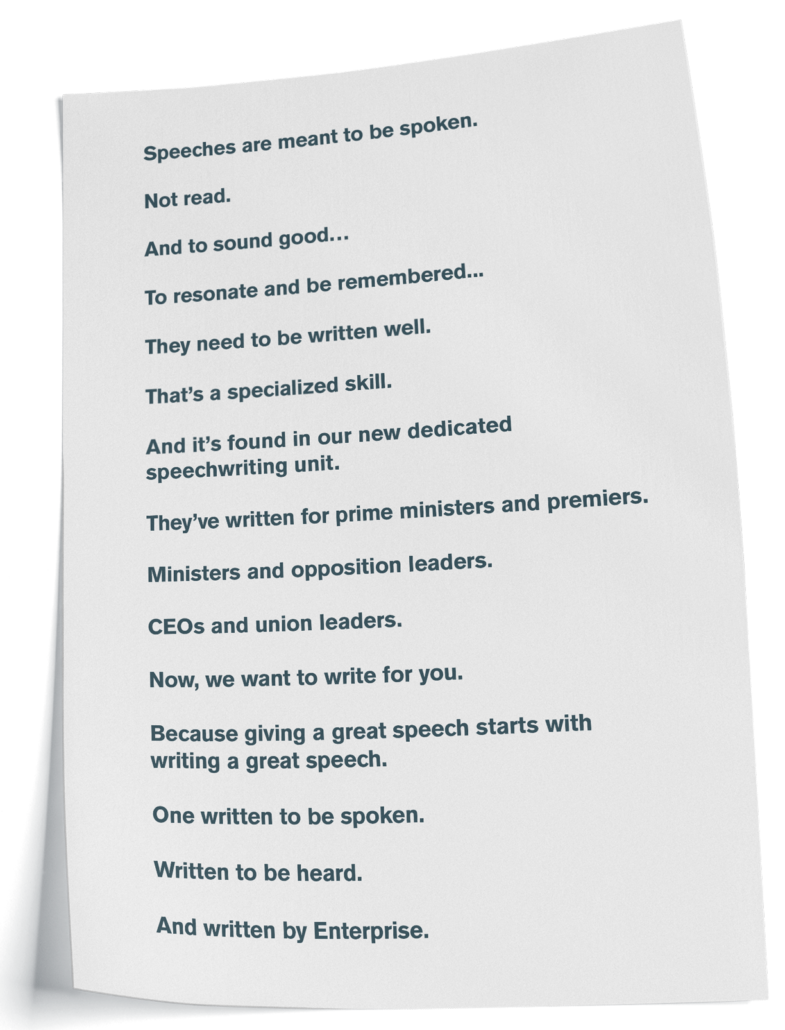 Our speechwriting unit has written for leaders as varied as Stephen Harper, Doug Ford, Jack Layton, former Nova Scotia Premier John Hamm, Rachel Notley, former Ontario Liberal Leader Lyn McLeod, and John Tory. As well as C-suite executives, ministers of every kind of portfolio, heads of organizations and associations, and issue experts in many fields. They are:

Jamey Heath worked for NDP Leader Jack Layton and wrote for many ministries across the Government of Alberta as well as for several NGOs and unions.

Brian Fox has written for varied clients across many fields, including financial services and municipal affairs.

Peter Downs has also written for many of our clients, often in health care on topics such as mental health and Alzheimer’s disease.

David Sieger worked at Queen’s Park for the Liberals and has a wealth of experience writing for organizations and stakeholders.

Our process includes a pre-meeting or call, a sit down with the speech giver to hear him or her talk to help us capture their voice, and two rounds of edits to make sure they hit it out of the park.